I've been recently revisiting the Game-Based Learning 2010 conference website to go through some of the talks there as most of the key ones are now included there in video format. While I was there for the duration of the conference (March 29th-30th) key points of many of the talks reveal themselves in hindsight and it's always a good idea to try and go over them again, particularly if the talk has been from an influential person.

The conference itself was very good in terms of organisation (plenty of breaks and socialising/networking opportunities). Location; for anyone that's never been to the Barbican in London, where a lot of conferences are hosted (including this one), it is a great central UK capital location too, and one used for a lot of TV/movie filming, check the recent Ashes To Ashes BBC series! My only minor gripe is that at times the mix between research and more general talks was a bit uneasy. This however is probably inevitable in a conference with such a broad scope (or maybe I am personally just too used to academic conferences!). 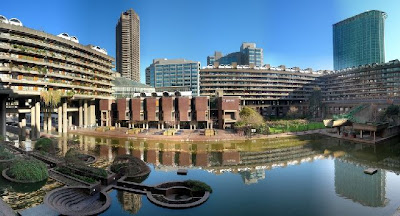 The talks I've singled out and am listing below are the ones I found most interesting (although to be fair there were no weak talks that I witnessed); Tim Ryland's talk on game-based learning in schools, Jesse Schell's closing views on the medium, Richard Wilson's take on the UK game industry's approach to it, Ed Vaizey's (who was then UK opposition and is now in a ministerial post) supporting presentation for the sector and finally Alice Taylor's Channel 4 (UK TV channel) list of projects that use games for more than entertainment.

All videos are now on iTunes (here), that is all 60 of them. I would urge you to check them all out, including the ones I have missed out and also, if you have an interest in game-based learning, to attend next year's event too.
Posted by Christos Gatzidis at 6/25/2010 09:11:00 pm