Unreal Tournament 3 engine for the iPhone

Epic Games is bringing its Unreal Engine 3 to the iPhone, an endeavor already in the tech demo phase (see video below). The results are very impressive and could spark off a great set of new titles for one of the biggest sleepers in mobile gaming for years (i.e. the iPhone platform).


This version requires OpenGL ES 2.0, so it doesn't work on the 2G or 3G versions of the device. Epic has also said to expect to see UE3 running on "another mobile platform entirely" as early as the CES in January, with further announcements coming throughout 2010.
Posted by Christos Gatzidis at 12/25/2009 12:06:00 am No comments:

One of the most successfull non-photorealistically rendered games of the last few years is getting a sequel (or more appropriately an update) in 2010. This is Street Fighter 4, the game which Capcom is giving a few extra characters (rumoured to be up to 8) and a lower price tag. 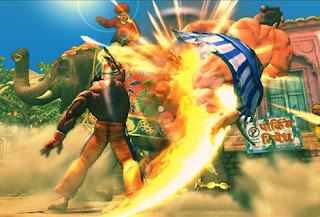 The lower price tag is intended to cover those who initially expected this as a free XBox Live update. Unlike those early rumours the title will be released under the name Super Street Fighter 4 and is an excellent example of quality cel-shading in a modern gaming setting.
Posted by Christos Gatzidis at 12/24/2009 11:57:00 pm No comments:

One of the most classic games ever and one I always point out to my students for the sheer shock it induced to people because of its graphics in 1983, is now available for the iPhone (and iPod Touch). I am of course talking about Dragon's Lair, where you guide Dirk the Daring in the right direction and use your sword to take on all that the Evil Wizard Mordroc throws at you. 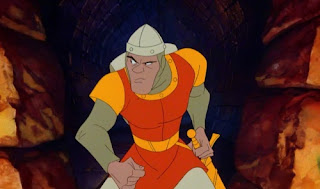 Don Bluth's game is also one of the most famous games featuring cartoonish, hand-drawn graphics too... If you're interested in downloading it you can check it out at the link below.

A recent Guardian article from a couple of weeks back can be found online at the newspaper's website. Well worth a read, you know it'll be good when it begins by calling game engines the engineering marvels of the 21st century! 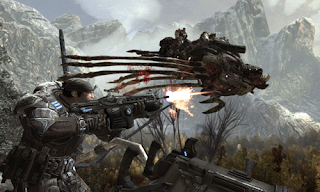 The article features quotes along the way from people such as Tim Sweeney from Epic Games, Rich Hackett from Blitz, Bryan Marshall from Codemasters, OGRE's Steve Streeting and finally UCL's Andrew Hudson-Smith. Titled The Hidden Story of the 3D Engine, you can find the full article here.
Posted by Christos Gatzidis at 12/20/2009 10:54:00 am No comments:

New versions of CityEngine and CityScape

Arguably the two best automatic 3D urban modelling tools have gained new versions in the last few weeks. Procedural Inc has released CityEngine 2009.3 and PixelActive CityScape 1.8. Both come with a variety of updates and new features. I've blogged about both of them in the past but it's always good to see new versions of the software coming in regural intervals.

For example, the CityEngine app now allos for global texture mapping and advanced roof types while CityScape tackles automated and advanced city traffic. Both of them also support GIS data as well (from the free repository of OpenStreetMap) so the possibilities of creating real-world locations other than fictitious ones is also there.

I am about to pull the trigger on purchasing the EMOTIV headset, a brand new brain-computer interface that according to its creators, Emotiv Systems, will make it possible for games to be controlled and influenced by the player's mind, and facial expressions. It connects wirelessly with the PC, and may in the future work on other game platforms such as consoles. 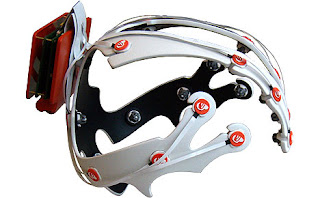 There is a version available for researchers which includes a high resolution, neuro-signal acquisition and processing wireless neuroheadset and also a proprietary software toolkit that exposes APIs and detection libraries such as the Affectiv Suite, the Cognitive Suite and the Expressiv Suite. These allow for monitoring emotional states, conscious thoughts and intent and also facial expressions.

I am very much looking forward to using this for research, particularly into the non-photorealistic rendering realm as it could well form the next logical step to some of the research work carried out for my PhD. The cost alone makes it incredibly appealing, will post a follow-up when I receive the hardware and test it.

The portable games market has a new competitor, the open-source Pandora. This device, developed by a company called OpenPandora, is a unique blend of a UMPC and a handheld game console. In processing terms the Pandora outperforms both the DS and PSP and boasts an impressive feature list. 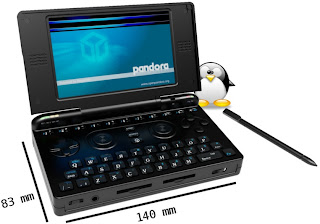 Powered by an ARM 600Mhz CPU and Linux OS the device also houses a 4.3” 800x480 LCD screen, 802.11b/g wi-fi, Blutooth, high-speed USB, TV out, dual analogue controls and a full QWERTY keyboard. There have been some delays with it but it finally starts shipping in Jan 2010. It will be interesting to see whether it can compete with the Sony and Nintendo devices which are already established as it can certainly rival them in terms of computational power.

Unity Technologies, one of the most up and coming game engine companies, has today announced the official opening of its UK studio. It's the third office for the firm behind the increasingly popular multi-platform game development tools for PC, Mac, Wii, PS3, Xbox 360 and iPhone. The other two are in Denmark (where the company originates from) and the States. 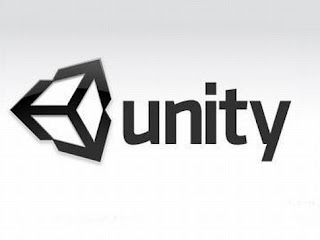 Unity UK is based in Crawley and headed by former EA/Criterion man Graham Dunnett. The company is also said to be hiring at the moment. It's very encouraging to see one of the most promising firms in the field opening an office domestically, so best of luck to them!

WebGL, the new standard for 3D graphics on web browsers?

3D graphics became ordinary first in games, then in operating systems, and then last week, it took a significant step toward being built into Web browsers as well. The Khronos Group, which oversees the OpenGL graphics interface (which is an open standard), announced that its work with Mozilla to bring hardware-accelerated 3D graphics to the Web has now reached draft standard form. The standard is going to be called WebGL and allows programmers who use JavaScript language take advantage of the fact that video cards can handle 3D graphics.

The group now wants commentary from web developers and other experts who might be involved with WebGL so it can be finalized. Exciting news that bodes well for the future, I expect we'll see some interesting developments going live next year.

A great article on 3D mash-ups has appeared in the latest issue of New Scientist. The article includes quotes from the Ordnance Survey head of research, the people at the Digital Urban blog and people behind the Infoterra Skape project. 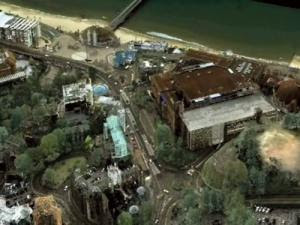 The article focuses on the potential of 3D mapping, with Bournemouth in southern England claimed to be the best mapped place on the planet since lasers were fired at the town from the ground and from the air to capture the height of buildings, trees and other features. This has resulted in a map accurate to 4 centimetres in x, y and z. By comparison 3D structures in Google Earth are accurate to about 15 metres...
A must-read for anyone into 3D urban modelling, the article can be found at; http://www.newscientist.com/article/mg20427366.400-3d-mashup-maps-let-you-edit-the-world.html
Posted by Christos Gatzidis at 12/14/2009 05:21:00 pm No comments:

For anyone interested in image-based modelling (a process allowing for the creation of 3D models from photographs of real scenes) a new portal has been set up to give support to researchers and to build documents for general public.

Dealing with either theoretical aspects, methodology or practical applications, the portal aims to gather contributions from researchers, teachers, students, about 2D and 3D buildings representations processing from simple images. Well worth investigating if you want to learn more about this approach which is becoming noticeably important in 3D urban modelling today.
http://www.map.archi.fr/aibm/Portal_of_Architectural_Image-Based-Modeling/Home.html
Posted by Christos Gatzidis at 12/14/2009 02:32:00 pm No comments:

A piece of news interesting to those into terrain modelling and editing, e-on Software has recently announced a free edition of its flagship terrain editor. Vue 8 PLE (Personal Learning Edition) is to offer the same toolset with the commercial version (which includes support for 3ds Max, Maya, Cinema 4D, LightWave 3D and Softimage). 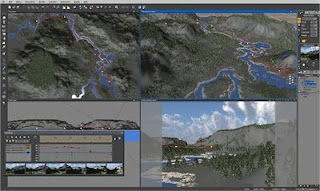 The PLE is free download with no expiry date although all renders will have a logo watermark (and any scene files you create aren't compatible with the paid versions of Vue). Well worth checking out if you are interested in the creation of 3D natural environments.

A relatively unexplored application area for 3D urban modelling is real estate. GeoData Technologies (GDT) recently launched SiteSeer3D Gold, an application that allows real estate and tourism professionals to create custom 3D maps of their listings, business and amenities that can be then added to their website(s). 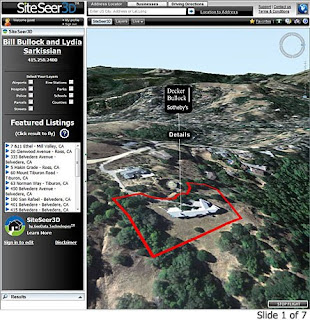 This includes the addition of branding, website links and drawings on the aerial imagery and label amenities to customize the 3D maps. There are many other features including Google Street view integration.
For more information visit http://www.siteseer3d.com/.
Posted by Christos Gatzidis at 12/11/2009 06:22:00 pm No comments:

Courtesy of Digital Urban, here's one of the best, if not the best, 3D London urban model seen so far. Certainly the most detailed one, created by Infoterra and launched under their Skape initiative, the model will be available sometime in early 2010.

The level of geometrical complexity is certainly very high and it would be interesting to see a model like this on a navigational application one day for usability testing purposes. Take a look at http://www.skapeworld.com/ for more info.
Posted by Christos Gatzidis at 12/11/2009 05:58:00 pm No comments: