Google has launched its controversial Street View mapping service in the UK, with web and mobile phone users able to see 360-degree views of 25 cities from Southampton to Aberdeen. The company has spent almost a year collecting images, with a fleet of specially modified cars crawling along 22,369 miles of British roads and the resultant images provide a snapshot of a bygone era before the recession hit the British high street. 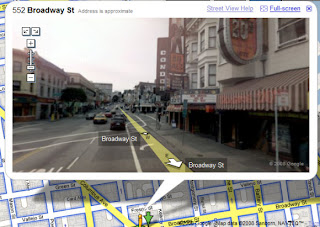 Many of the pictures were taken last summer - although the unseasonally wet weather played havoc with Google's camera cars - and show stores that have since gone bust, including Woolworths. Even household goods retailer The Pier is still open for business on London's Tottenham Court Road in the world of Street View as is Zavvi just down the road. There have been issues with complaints about privacy (for specific cases as well since the system went online yesterday) but at the same time it's fascinating to finally see this available.
Click here to see City University where I am doing my PhD in Street View.
Posted by Christos Gatzidis at 3/20/2009 01:14:00 pm No comments:

A full paper I've co-authored with colleagues from Bournemouth University has been accepted for publication at this year's 14th annual ELSIN conference in Bulle-en-Gruyere, Switzerland. The European Learning Styles Information Network (ELSIN) is an association of academics, researchers, trainers and practitioners in the fields of education, psychology, business, computer science, information systems, management and other related fields who are interested in the theory and application of learning and cognitive styles and strategies of learning and thinking. The paper is tiled "Risky Business: A new approach to teaching risk assessments in sports". 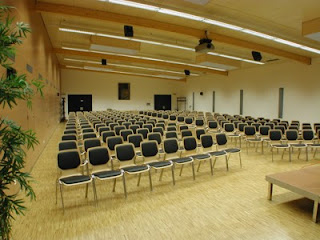 ELSIN organises an annual three-day conference in June. The programme consists of invited keynote lectures, paper sessions, workshops, symposia, and informal social activities and will this year take place between the 17th and the 19th of June.
http://www.elsin2009.com/
Posted by Christos Gatzidis at 3/19/2009 12:16:00 pm No comments:

I've posted on the automatic urban modelling tool Cityscape in the past but I thought I'd post a video demonstration of that too, now that the application has reached version 1.6. CityScape was created to reduce the tedious, labor intensive process of building and modifying urban environments, empowering the interactive world builders of tomorrow.
Using rapid urban modeling and active adjustment features, CityScape is able to achieve substantial improvements in workflow efficiency over traditional object modeling tools and scene editors. Worlds created by CityScape are compatible with a variety of file formats and optimized for real-time rendering engines.
For more information, a demo or for purchasing the app visit http://pixelactive3d.com/Products/CityScape/
Posted by Christos Gatzidis at 3/15/2009 11:22:00 pm No comments:

The making of Mirror's Edge

I've posted previously on the very impressive (particularly on the urban modelling front) Mirror's Edge game. I've just come across an online article where Johannes Söderqvist, Art Director of the Mirror’s Edge game, takes the people from the CGSociety website through thoughts on the production of the game. The production team wanted to remove the focus on vehicles and guns found on modern platform games and develop an extension of what people could do physically, especially within a slightly futuristic urban setting. 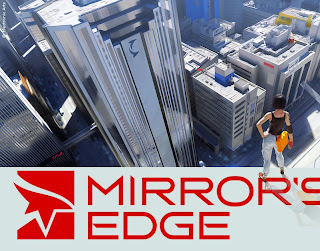 If you're interested in post-mortem, making-of articles about games this one is definitely worth reading, they don't go through the urban modelling part as much as I'd like! Still, this is an interesting read on a game that tried to push the envelope. You can find the article at http://features.cgsociety.org/story_custom.php?story_id=4943
Posted by Christos Gatzidis at 3/15/2009 11:13:00 pm No comments:

It's been out for a couple of months now but I've only recently had the time to spend some time playing with Capcom's Street Fighter 4 and, yes, IMO it is the best and most complete non-photorealistic rendering game out there so far, not just in terms of graphics performance but, and perhaps more importantly, visual style and how that blends in and actually improves the game itself. 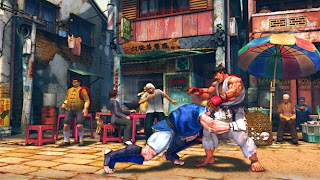 While Street Fighter IV features models and backgrounds rendered in 3D, the gameplay remains on a traditional 2D plane. Producer Yoshinori Ono has stated that he wanted to keep the game closer to Street Fighter II. A new system called "Focus Attacks" ("Saving Attack" for the Japanese version) has been introduced, as well as Ultra moves. The traditional six-button control scheme returns, with new features and special moves integrated into the input system, mixing classic gameplay with additional innovations.
All the characters and environments in Street Fighter IV are rendered as 3D models with polygons, similar to the Street Fighter EX sub-series Capcom produced with Arika. However, there are a couple of key differences. Art director and character designer Daigo Ikeno, who previously worked on Street Fighter III 3rd Strike added a stylized effect to give them a hand-drawn look with visual effects accented in calligraphic strokes, ink smudges and ink sprays during the fights.
Posted by Christos Gatzidis at 3/14/2009 11:23:00 am No comments:

Can researchers study the populations of online video games, like Everquest 2, just as they study traditional communities like Miami, Pittsburgh or Minneapolis? A research study by a University of Minnesota computer scientist and colleagues from across the country shows that online, interactive gaming communities are now so massive that they mirror traditional communities. These findings are creating a new evolution of social science research where researchers are able to study human behavior using the game.

The research team analyzed three years of data (over 60 terabytes) from the complete server logs and click-streams of Sony's popular PC game EverQuest 2. The data tracked every action performed in one of the world's most popular massively multiplayer online (MMO) games. Everquest 2 has more than 300,000 players who average 26 hours per week playing the game. Because of the intense level of involvement and multi-player environment of the game, the researchers were able to study human behavioral dynamics using the game as a proxy. 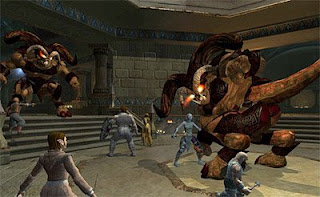 This interdisciplinary research project was funded by the National Science Foundation and the U.S. Army with cooperation from Sony. Multiplayer online games and virtual worlds have become increasingly popular and have communities comprising millions. They allow social scientists to study, theorize and model the social and behavioral dynamics of individuals, groups, and networks within large communities. The researchers described how this research offers new insights as well as challenges and opportunities for advancing social, behavioral, and computational science.

For students interested in game dev. placements, some interesting news for you. UK developer Eutechnyx has been recognised at the recent National Council for Work Experience awards event. The studio, which specialises in driving games, was singled out in the NCWE Work Experience Awards 2008/2009 ceremony as 'highly commendable' for its efforts with its Level Up student placement program.
“Level Up has been a huge success for Eutechnyx and we are very honoured to have received this commendation,” said Arwen Duddington, Level Up team leader. Level Up invites students to spend a year working on a project under the guidance of a number of developers who provide mentoring and feedback. The program also aims to deliver commercial releases of the games made within its remit. 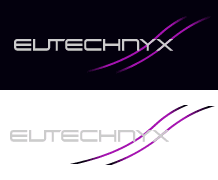 “Although the courses on offer at the universities can be excellent, there are some skills that can only be learnt in the workplace,” claimed Duddington, “Level Up allows us to work with the students and shape their work ethics and approach to real world development, which, when coupled with their academic studies, produces fantastic results.”
http://www.eutechnyx.com/
Posted by Christos Gatzidis at 3/13/2009 04:33:00 pm No comments:

The first virtual reality headset that can stimulate all five senses will be unveiled at a major science event in London on March 4th. What was it really like to live in Ancient Egypt? What did the streets there actually look, sound and smell like? For decades, Virtual Reality has held out the hope that, one day, we might be able visit all kinds of places and periods as ‘virtual’ tourists. To date, though, Virtual Reality devices have not been able to stimulate simultaneously all five senses with a high degree of realism. 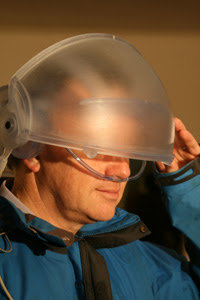 With funding from the Engineering and Physical Sciences Research Council (EPSRC), scientists from the Universities of York and Warwick believe they have been able to pinpoint the necessary expertise to make this possible, in a project called ‘Towards Real Virtuality’. ‘Real Virtuality’ is a term coined by the project team to highlight their aim of providing a ‘real’ experience in which all senses are stimulated in such a way that the user has a fully immersive perceptual experience, during which s/he cannot tell whether or not it is real.
Teams at York and Warwick now aim to link up with experts at the Universities of Bangor, Bradford and Brighton to develop the ‘Virtual Cocoon’ - a new Real Virtuality device that can stimulate all five senses much more realistically than any other current or prospective device. For the user, the ‘Virtual Cocoon’ will consist of a headset incorporating specially developed electronics and computing capabilities. It could help unlock the full potential benefits of Real Virtuality in fields such as education, business and environmental protection. A mock-up of the Virtual Cocoon will be on display at ‘Pioneers 09’, an EPSRC showcase event to be held at London’s Olympia Conference Centre on Wednesday 4th March.
Posted by Christos Gatzidis at 3/07/2009 11:13:00 am No comments:

I have just received confirmation that a poster publication I have co-authored with colleagues from Bournemouth University has been accepted for the upcoming 13th HCI International 2009 conference.

The publication is titled "Developing a Virtual Reality Stroke Rehabilitation Prototype" and I will be presenting that alongside the full paper I also have accepted at the same conference (see here). The conference takes place between the 19th and 24th July 2009 at San Diego, California, USA and proceedings will be published as part of the Lecture Notes In Computer Science series by Springer and are ISI indexed.
http://www.hcii2009.org/
Posted by Christos Gatzidis at 3/05/2009 09:54:00 am No comments:

Microsoft and Channel 4 have partnered with Pixel Lab to host a two-day game design challenge at the University of Derby. Taking place from March 20th, the X48 event will bring together 80 students for what is being branded as 'the first XNA GameCamp'.

Attendees will use the facilities at the University and are charged with creating prototypes projects using XNA Game Studio 3.0 within the two-day time limit. The event is designed to encourage the next-generation of game development professionals and foster innovation. At the weekend's closing ceremony, finished prototypes will be presented to a Microsoft-led panel of judges.

Channel 4's commissioning editor for education Alice Taylor said: "We're fully behind encouraging collaboration and competition between young and emerging British indie gaming talent, and fully approve of the freewheeling creative environment that X48 is going to produce. We'll be setting the theme of the challenge, and keeping an eye out for both talent and games that we can continue to support or develop post-event."

"X48 is a great opportunity to bring like-minded students together and inspire them to create games using XNA," added at Microsoft UK's academic lead, Andrew Sithers. "Partnering with Channel 4 and the University of Derby brings together technology, creativity and talent at an event that will pit the UK's best student game developers against the clock."