TIGA event at House Of Commons

On Monday this week I attended a networking event that the TIGA association, representing the games development industry, organised at the House of Commons in London. Attended by many games industry representatives (as well as University ones) the networking lunch also featured MPs from the main two political parties in the UK. 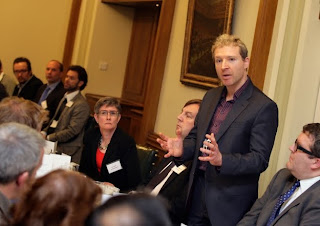 The event was also covered by the press and a very interesting interview with Dr Richard Wilson, its president outlining TIGA's vision, now appears on the website of the EDGE magazine and can be found here.
http://www.tiga.org/
Posted by Christos Gatzidis at 11/27/2010 12:11:00 am No comments:

Star Wars Arcade: Falcon Gunner is now released by THQ Wireless, developed by Vertigore for the iPhone platform. This Star Wars title has the honour (to my knowledge at least!) of being the first augmented reality Star Wars game. The concept, as can be seen in the video below, especially when combined with the right urban camera display view/angle can be very impressive.
Players are placed in the gunner's pod on the Millennium Falcon, shooting down TIE Fighters which are overlaid onto their current location, using, as expected for an AR app, a combination of camera and compass. The app is available on the iTunes store now.
Posted by Christos Gatzidis at 11/25/2010 08:11:00 am No comments:

Acquisition of PixelActive by Navteq

PixelActive, the California-based company which I have blogged about before, particularly in terms of their Cityscape 3D urban modelling application, has now been acquired by Navteq (also another company mentioned several times in this blog, similarly with a strong interest in 3D urban navigation). 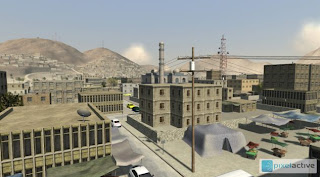 With founding members of PixelActive staying in the company and the links between Navteq and Nokia the push towards 3D urban navigation to compliment/replace maps is apparent, hopefully the expertise of PixelActive will further accelerate this.
Posted by Christos Gatzidis at 11/25/2010 08:00:00 am No comments:

I am now a member of the International Program Committee for this year's IASTED Graphics And Virtual Reality 2011 conference to take place in July, Cambridge, UK. Submission deadline is February the 22nd (2011). 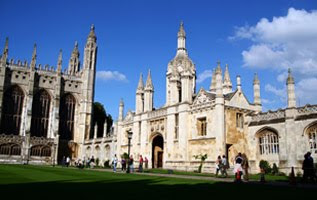 The IASTED International Conference on Graphics and Virtual Reality (GRVR 2011) will be an international forum for scientists and engineers to discuss the latest research and development in the fields of graphics and virtual reality. GRVR 2011 aims to act as a place to exchange information and knowledge among the top scholars and researchers of the world.

I've blogged several times about the port of the Unreal engine to the iPhone, including a recent post on Infinity Blade (the first game utilising the engine) just a few days ago. It seems however that Epic Games, the developers of the Unreal engine, have found a worthy rival as id Software (of Doom fame) have now announced a spin-off iPhone game, based on their upcoming Rage title which really pushes the limits on what can be done on the Apple device in terms of real-time graphics.

Titled Rage:Mutant Bash TV the game is hugely impressive (see video above) considering the limited hardware it runs on and moreover is supposed to be available this month. Finally, the legendary John Carmack himself is alleged to be involved in its development.

This is another reminder that along with a colleague from Bournemouth University, I will be the guest editor for an upcoming special issue of the IBIMA International Journal of Interactive Worlds (IJIW), titled Non-Photorealistic Graphics in Games and Animation. 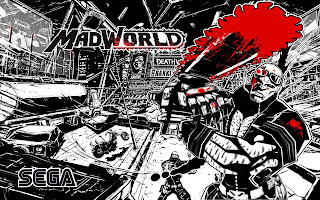 Only original research papers will be considered. Authors should limit initial submissions to no more than 30 double-spaced pages in 12-point font with appropriate margins, inclusive of all materials. A double-blind review will be conducted and papers will be returned to the authors, with explanatory notes for further action. Submissions will be screened to ensure coherence with the theme of the special volume and will be accepted for this theme throughout year 2010.

More information about the journal and the special issue itself can be found at http://www.ibimapublishing.com/journals/CFP/ijiw2.html.
Posted by Christos Gatzidis at 11/11/2010 11:25:00 pm No comments:

I am now a member of the International Program Committee for this year's IASTED HCI 2011 conference to take place in May, Washington DC, USA. Submission deadline is January the 10th (2011). 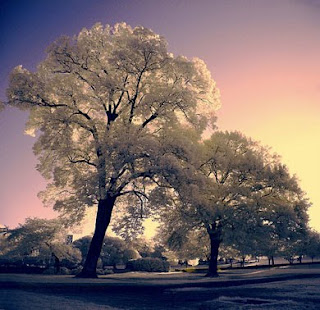 This year's IASTED International Conference on Human-Computer Interaction (IASTED-HCI 2011) will be a major forum for international researchers and professionals to present their latest research, results, and ideas in all areas of human-computer interaction, covering a wide range of topics on the subject from virtual and augmented reality to mobile and ubiquitous computing issues. For more information on the conference check the link below.

Hot on the heels of the Epic Citadel tech demo which demonstrated the Unreal engine running in real-time with very impressive results on an iPhone 3GS/4, Epic has now unleashed a video of the first title they have developed with the engine called Infinity Blade (an RPG action game according to the trailer).
It looks hugely impressive (although I am somewhat miffed by the fact that it looks like this will only be available for version 4 of the iPhone) and the mouth-watering graphics seem to be stretching the Apple device to its very limits. No release date has been made available yet.
Posted by Christos Gatzidis at 11/08/2010 08:42:00 pm No comments:

I posted a while back about the Blaze Sega Mega Drive device, which, licensed from Sega, repackaged the classic 16-bit console with built-in games but also the capacity to play old MD games that you can pick up from eBay. Just noticed (courtesy of the excellent RetroGamer magazine) that the effort has been replicated, this time for the equally iconic NES/Super NES Nintendo consoles. 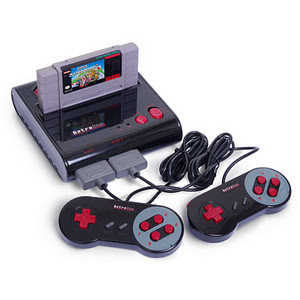 While this is NTSC-only (for now at least) and doesn't actually come with any cartridges it has the party trick of emulating two different consoles and, of course, is capable of playing all their game cartridges. Well worth investing, here's to hoping they also produce a PAL version soon! For those that can't wait you can buy one from here.
Posted by Christos Gatzidis at 11/08/2010 12:10:00 am No comments:

Quite possibly the most impressive game tech demo I have seen on a browser and one of the most potent examples of the Unity engine and what it can achieve, the Brazilian-based Aquiris Bootcamp demo is a third-person modern combat shooter that features both exterior and interior scenes.
The game forms part of the core demos gallery for the recent version of Unity (version 3) using new features exclusive to this release (such as deferred rendering and lightmapping) and is accessible at http://www.unity3d.com/gallery/live-demos (or you can take a peak at the video above). Great to see Unity catching up with the bigger-name engines out there in terms of visual quality!
Posted by Christos Gatzidis at 11/06/2010 01:03:00 am No comments: