VS-Games 2013, the fifth outing of the International Conference on Games and Virtual Worlds for Serious Applications will be hosted at Bournemouth University, UK between the 11th and the 13th of September 2013. With the conference organized in previous years at locations such as Coventry (UK), Braga (Portugal), Athens (Greece) and Genoa (Italy), it will take place, for 2013, at the state of the art Kimmeridge House building of Bournemouth University, situated at the main Talbot campus of the institution.

The authors of the best papers will be invited to write an extended version for inclusion in the Elsevier Entertainment Computing journal (subject to additional review, a recent addition to the conference's dissemination plans) and IGI Global's International Journal of Game-Based Learning. Further proceedings and other journal special issue details for the VS Games 2013 publications are being finalised and will be announced as soon as possible. 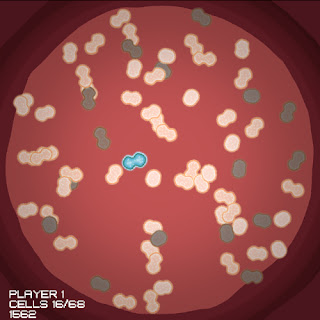 More information about the game can be found here on a Gamasutra article about the three top entries. Well done to John for getting involved with the creation of this game and winning the Game Jam competition!

I was interviewed by Develop magazine a few weeks ago and the interview has now appeared in issue 133 (November, pictured below). This is on pages 70 and 71 under the Training Spotlight column and features as the emphasis of the article Bournemouth University and the Games Technology courses (BSc and MSc) we deliver here at the School of Design, Engineering and Computing.

To read the interview (and other Develop articles) please visit the magazine's site here for the digital edition.
Posted by Christos Gatzidis at 11/24/2012 11:55:00 am No comments:

Unity 4 is now available for download. There are many updates to the engine such as (to list some of the more major ones alongside the many improvements of existing features) DirectX 11 support, a Linux deployment preview and Mecanim animation tools. 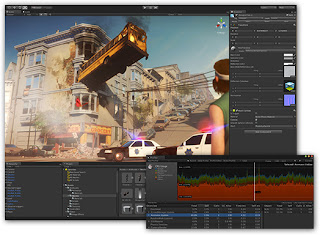 Epic Games has now released an Unreal Development Kit (UDK) update for November 2012. This is as usual free to download (for link see below) and follows the latest release (which was in July). New features for the popular engine include (amongst others) iOS 6 support, Unreal Landscape for mobile devices and the Mobile Shader Analyser tool.

Pleased to hear that a group of Bournemouth University students who are on the BSc Games Technology course I am teaching on has been shortlisted for the 12 finalist teams for the Make Something Unreal Live 2013 competition (for which I have blogged about before).

The team is called Static Games and their game idea is titled Mendel's Farm (the competition involves the Wellcome Trust charitable foundation and they have set the theme for this year's contest to be Mendelian inheritance). Here's to hoping Static Games progresses further in the competition (for which the prize is a commercial Unreal 4 license). The press release outlining the finalist teams can be found here.
Posted by Christos Gatzidis at 11/19/2012 08:21:00 pm No comments:

Member of the International Program Committee for ECGBL 2013

I have been invited to be on the International Program Committee for ECGBL 2013 (7th European Conference on Game-Based Learning). The conference is to take place at Porto, Portugal between the 3rd and 4th of October 2013 with the deadline for initial abstracts currently set for the 14th of March 2013.

More information about the conference can be found on the official website here.
Posted by Christos Gatzidis at 11/19/2012 08:11:00 pm No comments: