Paris 3D Beta, a virtual center of the French capital

On a more urban modelling note, the companies Mappy and Visioglobe have recently created and launched a virtual center of Paris. This user experience of real-time 3D navigation relies on the complimentary expertise of both partners which is cartographic and LBS expertise for the former, which led to the developement of a specific software solution for modeling in 3D the maps of Paris and façade pictures and visualization proficiency for the latter, whose real-time 3D engine enables the user to move freely in this virtual world. 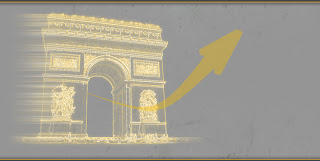 The Paris 3D Beta navigation system is of considerable interest (particularly for researchers like me) as it opts out of a perspective, bird's eye view for a pedestrian one. In the future Mappy and Visioglobe plan to add more functionalities using real-time proximity information like, for example, traffic or weather information and landmarks history.

A great piece of news tying in with some 'history of computer games' lectures I have been doing at Bournemouth University recently, Atari have just released some classic old games they created on their website. The notable thing about these is that they are not clones (there's quite a few of those already around) but 'loving interpretations', i.e. the originals remade by Atari themselves. This comes as part of a re-launch for the Atari website which includes an online store. 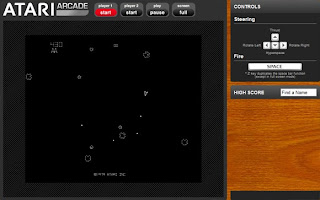 The list of games includes Asteroids and Lunar Lander, Yars' Revenge, Adventure, Crystal Castles and Battlezone all classic titles that defined era (and isn't Battlezone the first 3D game ever?). More titles are probably to follow. This is well worth checking out for anybody with interest in retro-gaming since the detail in which these old games have been recreated is beautiful, from the wood veneer to the font used in the games . The player can even plug his/her Atari Joystick into the computer via a USB adaption.

The experimental cloud game streaming service OnLive will eventually be available on smartphones such as Apple’s iPhone. It is now suggested (by official sources within the company) that the iPhone edition of OnLive would get “the full OnLive Game Service”, where users can play games, watch other playthroughs and communicate through game profiles. However, these insider sources reveal the cellphone versions of OnLive are still very much in the early production phase. They will need extensive development and have no release date. 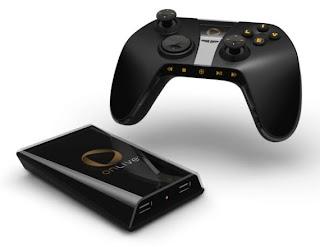 It remains unknown how well OnLive performs on wireless cellphones, in fact the jury is still out on the performance of the ‘native’ edition of OnLive for TVs, PCs and Macs. OnLive is set for release in the US before the end of the year.
Posted by Christos Gatzidis at 11/17/2009 06:15:00 pm No comments:

I've blogged before about the discussed shift of graphics rendering from dedicated GPUs, which has taken place from the mid to late 90s, to the main processor. An article at the excellent Gamasutra website discusses, for the first time, exactly how that process will be implemented, written by veteran graphics programmer Mike Abrash and based on the architecture of the new Intel Larrabee processor.

The article goes in great depth for this and is an excellent read (and perhaps one the first few detailed prefaces of the extinction of graphics cards). Read it here.

The construction of virtual 3D models usually requires heavy and expensive equipment, or takes lengthy amounts of time. A group of researchers at Cambridge University have created a program able to build 3D models of textured objects in real-time, using only a standard computer and webcam. This allows 3D modeling to become accessible to everybody.

The method proposed needs only a simple webcam. The object is moved about in front of the webcam and the software can reconstruct the object "on-line" while collecting live video. The system uses points detected on the object to estimate object structure from the motion of the camera or the object, and then computes the tetrahedralisation of the points. The points are recorded in a mesh of tetrahedra, within which is embedded the surface mesh of the object.

The software can then tidy up the final reconstruction by taking out the invalid tetrahedra to obtain the surface mesh based on a probabilistic carving algorithm and the object texture is applied to the 3D mesh in order to obtain a realistic effect See the vid above, the work has been presented at several conferences (including ISMAR 2009 where it won an award) and is cutting edge in this particular field.
Posted by Christos Gatzidis at 11/14/2009 11:11:00 am No comments:

Just a quick update to mention that the excellent Unity book (and first on the up-and-coming game engine) I mentioned at a previous post recently also comes with a free downloadable chapter which serves as a great sampler. Well worth checking out as it gives a great taste of the rest of the publication. 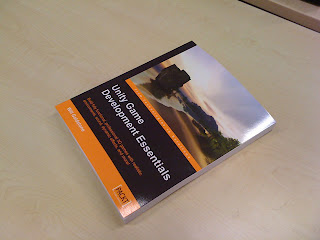 I will soon be receiving a copy of the whole book and I will post a longer review. Till then you can dowload the free chapter from the publisher here or purchase the full book (in paper or pdf format) here.
Posted by Christos Gatzidis at 11/13/2009 11:18:00 pm No comments:

This is the third post I am making on this in less than a couple of months but it truly is a fantastic little tool and, above all, completely free. Tyson Ibele has released yet another update of his 3D Studio Max script called Building Generator which this time focuses creation of textured details and windows on buildings. 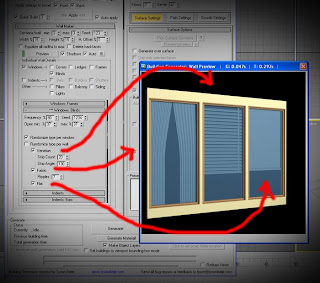 See some examples above, I love the fact how updates are released every couple of weeks! Other great (and extremely useful!) additions include a new floor layer management system, the ability to do interiors and also use of custom materials. Check the little script out here, it is easily the best freely available urban modelling application I have stumbled across in the area in years!
Posted by Christos Gatzidis at 11/12/2009 09:29:00 am No comments:

French middleware developer Gamr7 has released version 2.0 of its procedural city creation software, Urban PAD (I've blogged on this before although it was quite awhile ago now). The new version features a revamped interface and wider format support for mesh conversion. Other new features in Urban PAD 2.0 include 20-fold time gains for some features, according to the company, and improved context generation control capacities.

Urban PAD includes four content editors and a city generation engine. The tool is aimed at offering editable procedural city creation through automatic content placement, real-time manual editing, and contextual adaptation. The video above is a great showcase for the application. I was lucky enough to have some people from Gamr7 demonstrate the application to me a few days ago and I was very impressed.

You can check out the trial version (or purchase the full product) at the official site of the company which can be found at http://www.gamr7.com.
Posted by Christos Gatzidis at 11/10/2009 08:53:00 pm No comments:

The first book about Unity, the recent success story of the game engine world has been published, called Unity Game Development Essentials written by Will Goldstone and published by Packt Publishing. It’s a book geared towards the beginner end of the spectrum and an excellent start to the world of Unity.

The publication is designed to cover a set of easy to follow examples, which culminate in the production of a First Person 3D game, complete with an interactive island environment. By introducing common concepts of game and 3D production, you'll explore Unity to make a character interact with the game world and build puzzles for the player to solve, in order to complete the game.

At the end of the book, you will have a fully working 3D game and all the skills required to extend the game further, giving your end-user, the player, the best experience possible. Well worth investigating!

The redesigned Oxford Circus, which opened this morning after a two-year, £5m makeover, contains two big innovations. As well as crossing the intersection laterally, pedestrians now have a 30-second window when all traffic stops and they can go at a diagonal along a giant X marked into the junction with metal studs. Known to road engineers, slightly alarmingly, as a "pedestrian scramble", it is modelled on the famously frantic junction adjoining Shibuya station in central Tokyo. 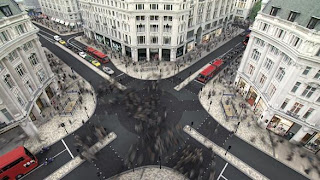 The redesign also removes roadside barriers and much of the pavement clutter. This boosts available space for pedestrians by around two-thirds, as well as – the designers hope – encouraging all road users towards a more thoughtful, responsible attitude. A team from Atkins, the engineering and design group which managed the project, used software of the type which created vast battle scenes in the Lord of the Rings films to create 3D animations showing how the throngs might interact. This appeared to prove that an X-shaped junction allowed the crowds, which can peak at around 40,000 people an hour, to cross far more efficiently.

This is a great example of how urban modelling can be used for city planning. See the vid and also read the full Guardian story here.
Posted by Christos Gatzidis at 11/08/2009 07:28:00 pm No comments:

Epic Games has announced a free PC edition of the Unreal Development Kit, also allowing non-commercial Unreal Engine 3 games to be released for free and detailing new royalty-based engine licensing. The free tools, which Epic call the Unreal Development Kit, is available to anyone with interest in exploring 3D game technology, from professionals to students and hobbyists. Those users will also have access to documentation and resources and also information on how to license UE3 commercially.

Developers can now release UE3-powered games for free, which will be particularly popular with non-commercial mod projects. However, creators will still need to obtain an official licensing agreement to develop a commercial project using UE3; according to the terms, Epic receives twenty-five percent of revenue after the first $5,000 is made, with a per-seat yearly fee also potentially applying if the project is solely used internally.

According to the company, Unreal development technology is already in use at over 100 schools where game development-related courses are taught, and other universities, like the Art Institutes, DeVry University and the University of Pennsylvania, among others, plan to incorporate the tech into their curricula.
Posted by Christos Gatzidis at 11/07/2009 10:03:00 am No comments:

The Unity engine is becoming even more affordable to independent and hobbyist developers, as Unity Technologies has retired the $200 "Unity Indie" offering and replaced it with a free license, simply called Unity.

Developer Unity Technologies is keeping the full-fledged Unity Pro license priced at $1500. Alongside the new pricing shift, Unity is moving from version 2.5 to version 2.6, adding new graphics and pipeline capabilities. Unity CEO David Helgason stipulates that the company has Xbox 360 support in the works as well. 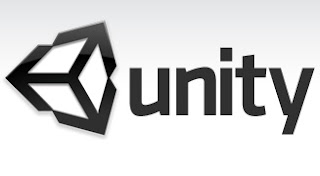 Features new to Unity 2.6 include full integration with Visual Studio and support for external revision control solutions like Subversion and Perforce. Both these inclusions Unity says are aimed at allowing the engine to better slot into existing large-scale developers' production pipelines. Also new to 2.6 are graphics and performance capabilities like post-processing-compatible anti-aliasing, screen space ambient occlusion, and background fully-threaded asset streaming.