An announcement today has revealed that Xbox Live will be apart of the next generation of Microsoft’s smartphone Windows OS. This could be a massive boost for Microsoft's flailing mobile platform which has come under a lot of criticism of late and is also confronted with increasing competition too. 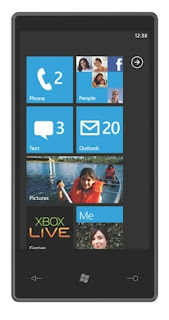 This will include playable XBL titles and popular Live features such as Achievements and access to a user's current gamer profile and avatar. Initially simultaneous multiplayer gaming is not set to be included although there are steps towards that direction with turn-based feature integration.
It should also be pointed out here that Microsoft is dropping the Windows Mobile title for the new version of the OS, calling it Windows Phone 7 (check out more of its features in the vid above). The first handsets are expected out before the end of 2010.
Posted by Christos Gatzidis at 2/16/2010 06:58:00 pm