Navteq has begun collecting data to construct detailed 3D models and maps of the United States, the digital-mapping specialist recently announced. This is facilitated by fitting on data collection vehicles a system called Navteq True, consisting of a LIDAR contraption that uses lasers to construct 3D maps of the world out of a sea of data points. 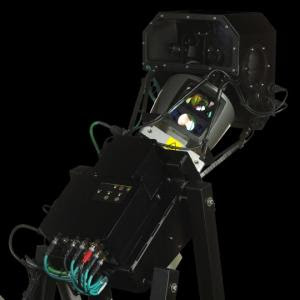 Additionally to the lasers are high-resolution panoramic cameras and devices called Inertial Measurement Units (IMUs) that can precisely gauge road curvature and slope, which are the other part of the equation of the Navteq True solution. With the process under completion, Navteq has begun selling what it calls Enhanced 3D City Models which can be used in navigation devices to give people in cars or pedestrians a better graphical idea of their surroundings.

The Enhanced 3D City Models are at the moment available for the United States, with other continents to arrive later this year. It sounds like a great project (and let's not forget that the company is owned by Nokia) which could have a great impact on 3D urban pedestrian navigation. I will post updates when I get the chance to experience some of the city models created.