Engine and software giant Epic Games has just joined industry consortium Khronos, a consortium with a collective interest in the creation of API standards such as OpenGL and OpenGL ES. As a member of Khronos’ board, Epic now has a say in determining the evolution of graphics standards on key platforms including mobiles (OpenGL ES). This comes after another piece of news which I've blogged about where Epic recently announced that it would be releasing a mobile version of its Unreal Engine 3 for the iPhone 3GS. 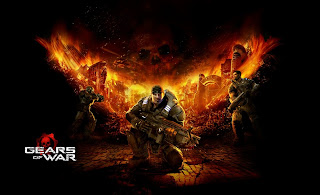 In joining Khronos, the Gears of War creators are in the company of the likes of Apple, id Software, Sony, AMD and Nvidia. This is a move that could see increasingly great quality for real-time graphics (and games) for mobile devices while at the same time signifying the importance of the mobile market in the games industry.
Posted by Christos Gatzidis at 1/14/2010 09:34:00 am