Sony Computer Entertainment America has filed a new U.S. patent describing a controller that employs "hybrid video capture and ultrasonic tracking" technology. The patent states that the system senses the movement of "one or more" controllers in a 3D space. 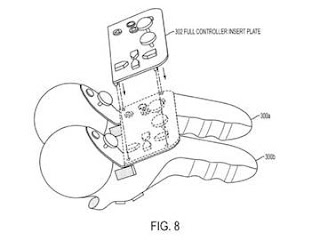 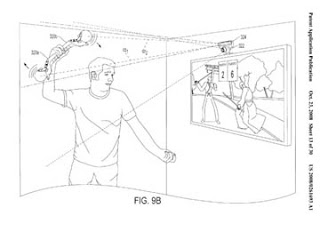 The patent was filed on June 24 this year. The breakapart controller displayed in images accompanying the filings could be assembled as a large sound- and space-sensing scepter. If such a product ever sees the light of day, it could look considerably different than the pictures exhibit, as SCEA stated "certain changes and modifications may be practiced" within the parameters of the patent.
Posted by Christos Gatzidis at 11/01/2008 09:36:00 am