Picking up from previous blog posts on VR, an interesting piece of research was reported earlier this month; and one that shows Sony's Playstation VR finishing the year ahead of the Vive, Oculus etc.

This work was carried out by 01consulting and you can read it in more detail here in this Venturebeat article. 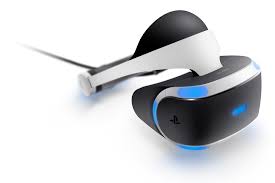 It's not really much of a surprise when one considers the PS4s that are out there but certainly seeing PS VR beat Oculus and the Vive as 2016 only has a few more hours left does showcase that Sony may well have had less headlines for their VR headset but their approach that has led the way, commercially at least.