I have blogged about this many times before but I think this worth an update; John Carmack of id Software said during his recent Quakecon keynote that parent company Zenimax has now cleared the release of the Doom 3 source code (based on id Tech engine version 4). 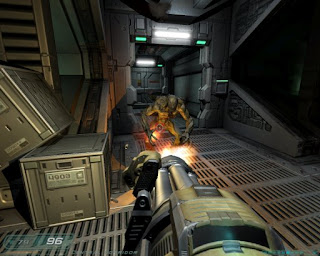 He also mentioned that while it still needed a polish and also the formal approval of the legal department of the company, it can and probably will be made available some time after Rage, the company's new game, is released in October. Great news for all the people that have been playing with the Quake code for the last few years; at long last there will be a more contemporary version of that to experiment with.
Posted by Christos Gatzidis at 8/07/2011 04:25:00 pm