Crysis 2 engine to be used for VR army simulator

In anticipation of the release of the Crysis 2 SDK and level editor to the public, it appears that the US Army has already started using the engine to power a training simulator titled Dismounted Soldier. 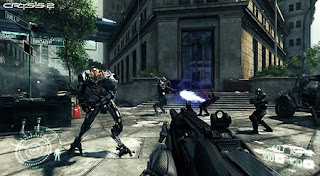 For this the soldiers in training will be using a wearable head-tracking VR helmet as well as a microphone, stereo speakers, body-mounted sensors and last but not least handheld weapons. More information about Dismounted Soldier and the way it operates (plus screenshots and a vid) can be found on the official website here.
Posted by Christos Gatzidis at 6/05/2011 07:03:00 pm