On a month where Sony has gone all out on announcing new mobile devices (see previous posts on this blog on the Xperia and the NGP) here comes a new rumour about Sony engineers building a 9.4-inch display tablet, albeit one that will be PlayStation-certified. 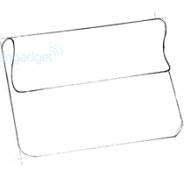 This will run on the Sony PlayStation Suite framework, a new scheme devised by the company which allows developers to port games to the Android OS (new and old ones). While Sony has offered no official confirmation, further rumours include the device codenamed S1, the device taking on the form of "open paperback stuffed into the back pocket, or a magazine folded backward upon itself such that only a single page is visible to read" (according to the Engadget site), the device to come with a pre-installed PS1 game and a Tegra 2 processor, 1280x800 resolution and cameras.
Even prices such as $599 have already been suggested (for a Wifi-only version), so it remains to be seen whether any of this is true. The density of information does however appear to suggest an official press release is close.
Posted by Christos Gatzidis at 2/19/2011 12:30:00 pm