Sony Ericsson to be producing a Playstation phone?

Sony Ericsson is according to new rumours planning to launch an Android-based gaming phone which could quite possibly be using the coveted PlayStation brand. While rumours similar to this one have persisted for ages (literally years!) the timing now appears to be ripe, as there is also strong support and interest from Google themselves as the developers of Android to get involved in the gaming market (corroborated by some other recent Google moves). 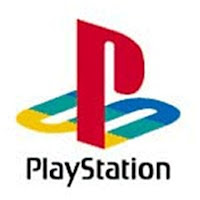 The rumours mention a touchscreen with a slide-out joypad section with physical buttons and a touchpad, all powered by a 1GHz Snapdragon processor. More information, if this turns out to be true of course, will be released in the fall. Should be a very important development in mobile gaming and probably the only one able to take on iPhone's dominion in the area should it transpire.
Posted by Christos Gatzidis at 8/12/2010 10:34:00 pm