Game to be shipped with the Oculus Rift announced

It appears that the Oculus Rift VR headset is now to be bundled with a game called Lucky's Tale (on its release). Bundled titles like that (for consoles and gaming hardware in general) has been about showcasing the hardware as much as the game itself so much is expected from the game. 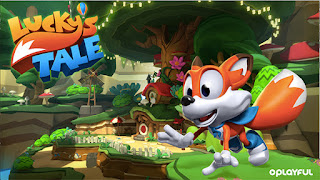