John Carmack, the iconic games programmer behind titles such as Doom and Quake, has announced officially he is leaving id Software to concentrate on other activities. One of the main ones appears to be the VR headset Oculus Rift (he is the CTO for this). The end of an era but hopefully John will continue to innovate in games dev related areas. 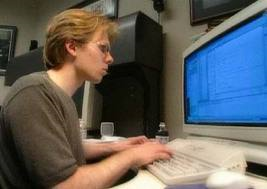 You can read the Gamasutra article, containing quotes and the id Software press release here.
Posted by Christos Gatzidis at 11/25/2013 09:32:00 am