Force of Habit; a start-up which also has one BU graduate in it, who I have mentioned already in a post earlier this month (they won the Best New IP award at the TIGA Games Awards 2013), have now topped the TIGA Games Hack 2013 games jam competition which took place at Pinewood Studios a few days ago. 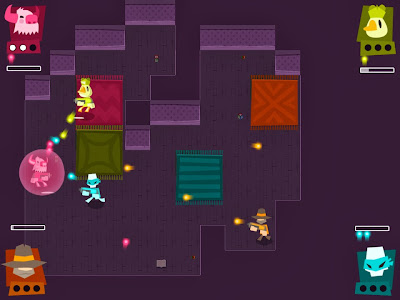 You can see more about this here on their website and even download the winning entry and play it (the game is called Timmy Bibble's Friendship Club).
Posted by Christos Gatzidis at 11/25/2013 10:30:00 pm