Picking up from my previous blog post about Make Something Unreal Live 2013, four game dev companies have been announced as mentors for the four finalist student teams (one of which is, as mentioned before in this blog, from Bournemouth University and the Games Technology course we have here). 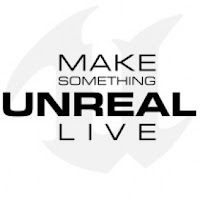 The companies are Splash Damage, Ninja Theory, Lucid Games and Climax Studios. The Bournemouth University team is mentored by Climax Studios which is a game developer based in nearby Portsmouth.
More info about the mentors and Climax Studios can be found here and here.
Posted by Christos Gatzidis at 12/22/2012 03:11:00 pm