Courtesy of Joystiq comes a new story that the evergreen Sierra Online adventure series King's Quest is soon to be resurrected. This is to be attempted by Telltale who have announced an agreement of a multi-title and multiplatform deal to reboot the franchise. This will be apparently very much in the vein of the Monkey Island reboot the same company very succesfully has launched (which is also now, at long last, getting a store release rather than being exclusively DLC). More is to be revealed at E3 this June. 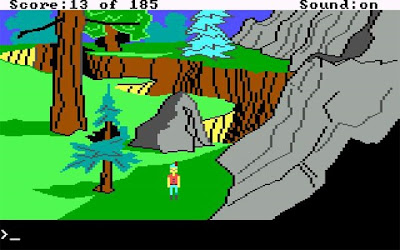 I have to say I am really excited by this news. Not sure if King's Quest can work without Roberta Williams and to be honest something like the Space Quest series would have worked better for a company like Telltale but since King's Quest 2 was the first adventure game I ever played (many, many years ago now!) this still sounds particularly intriguing...
Posted by Christos Gatzidis at 3/27/2011 02:50:00 am

I recognized this exact area in KQ. Crazy, after all this time. I don't know if a modern remake will be able to capture the same feel, unless it takes keyboard input :)