A very much anticipated new game title which has focused a lot of its publicity on the urban modelling work conducted for it is Prototype by Radical Entertainment. The creators of the title have attempted an 1:1 recreation of New York City with developers taking 22,000 photos to get it right, capturing the city exactly as it was in 2007. 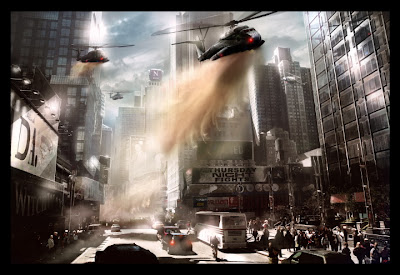 Of course capturing a city requires a photographic survey of an enormous scale, but once the 22,000 photos are in place it can create a unique archive of the city at the point of creation. If this is combined with open game play (which to me personally looks very Assassin Creed-like, only in a modern era!), we end up with a potentially extremely impressive digital version of New York.

The game is scheduled for release on PC, PS3 and XBox 360 in 2008 with the date yet to be confirmed (latter part of the year most likely). Check the link below for movie trailer of the game including an interview detailing some of the processes involved with its creation.