Iron Maiden game in the works

I blogged about Iron Maiden's video for Speed of Light from their last album and its take on video gaming history a few months ago; it appears that the band is now to also work on a game (not the first time in their history, see Ed Hunter from quite a while back). 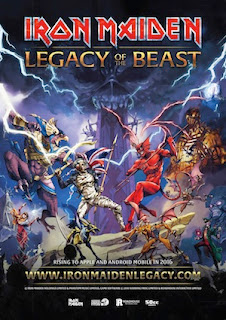 This apparently is to be a mobile RPG and to be called Legacy of the Beast (more here). An interesting move from the band; which will hopefully yield in an engaging game too.
Posted by Christos Gatzidis at 1/31/2016 03:49:00 pm