The Unreal engine has carried VR support for devices like the Oculus Rift for a while now and now extends this to the SteamVR effort. This is with version 4.8 onwards of the UE4 engine. 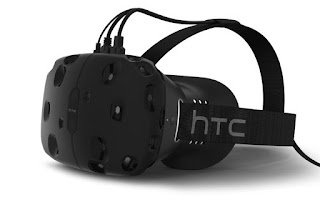 You can read the piece of news/press release on the official Unreal engine site here. This of course is good news for any VR developer with the SteamVR hardware lined up to be one of the major competitors in the area in the near future.
Posted by Christos Gatzidis at 5/31/2015 11:39:00 pm