News have been making the rounds about a new patent filed by Sony which sees an extension of the concept their Playstation Move controller was based on. Picture below, a touchpad can be seen on the device (which is not on the current version). 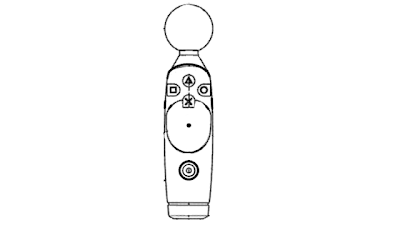