It has come to light that Sony patented, in recent months, an idea/invention with which they would be able to identify users using biometrics data. This is said to be based on a contraption which can include biometric "fingerprint sensors, hand sensors, face recognition systems, iris scanners retinal scanners, voice pattern analyzers and DNA analyzers", at least according to Sony. More can be read about this here on the patent filed. 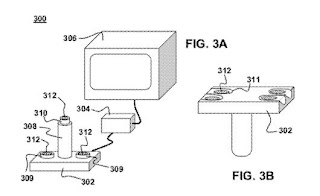 Use of identification for gaming profiling can of course be quite a breakthrough as it would remove many limitations and introduce a number of new possibilities indeed, though to be honest this does sound very sci-fi (in a bad way) and quite significantly intrusive (for obvious reasons). Also, the legalities and security issues of Sony collecting and storing information such as this are other issues for consideration.

Still, despite all these major reservations, this is just a patent on development at this stage and it remains interesting nonetheless to see big players like Sony actively exploring the introduction of biometrics to their systems in the near future.
Posted by Christos Gatzidis at 10/01/2012 12:01:00 am