DICE's Frostbite engine to release modding tools in the future?

It appears that there are considerations for modification tools to be added, post-release (similar in other words to the Crysis 2 tools which appeared online months after the game was launched) by DICE to the next Battlefield series game. This was something refused up until recently but apparently there have been strong voices from the modding community asking for it and it is currently being contemplated at a high level by DICE/EA. 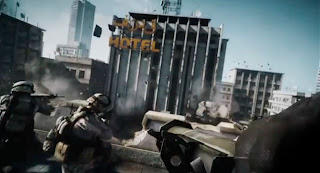 Hopefully it will happen, for several reasons, because it would mean that; a) it would be good to have a new engine rivalling the likes of Unreal, Crytek etc. that can be used by people such as hobbyists and researchers b) Frostbite 2 is a fairly advanced engine, capable, amongst others, for quasi-real-time radiosity.
Posted by Christos Gatzidis at 8/30/2011 01:46:00 pm