According to the Develop magazine website Crytek's CryEngine free SDK has broken a new record; it has achieved more than 100,000 downloads in less than one week since being released (see my blog post from a few days ago). In fact, this number was achieved in just 5 days which is very impressive indeed. Competitors such as Epic Games' UDK achieved ~50,000 in roughly the same time span while the very popular Unity achieved ~20,000 in the first two weeks of its (free) release. 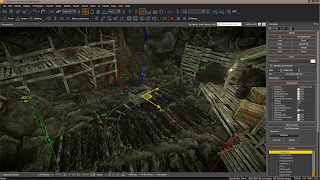 This is all according to company-released data and quite an important feat; it does remain however to see whether the CryEngine SDK can become as popular as the UDK over a longer period of time and also more used by communities other than game modders such as, for example, researchers.
Posted by Christos Gatzidis at 8/24/2011 12:01:00 am