Something which amongst the hectic and extremely busy last month I managed to miss; there has been a recently completed (and successful) campaign on Kickstarter for the funding of a new Tex Murphy adventure game. The prior games (Mean Streets, Under A Killing Moon, Pandora Directive and Overseer) all defined the genre, with Under A Killing Moon being a game I have particularly fond memories of. 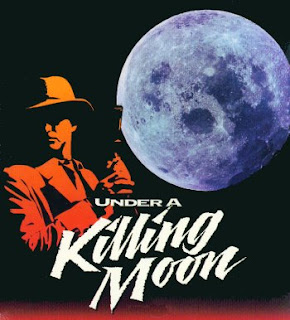 Chris Jones (the series creator) is set to return as Tex Murphy and there is even talk of going beyond the PC platform to XBLA and the like, exciting news especially after other similar campaigns by other equally successful 80s/90s adventure franchises.
Posted by Christos Gatzidis at 6/30/2012 05:27:00 pm