Spiral is a recently announced iOS game by UK-based Pixel Hero Games which uses the Unreal engine. It is an episodic action adventure game with an interesting story (the player is situated in a dying world trying to unravel a plot involving a disease -named after the title of the game- affecting it). 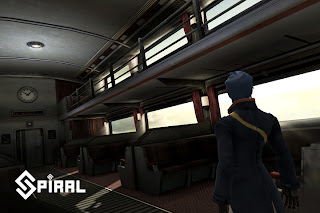 What is even more interesting are the visuals; they do look very unlike Unreal (and other titles defining the engine and platform such as, most notably, Infinity Blade) with a slight yet distinct anime/cartoon-shading flavour thrown into the mix. The game is not released yet but you can track developments on it here.
Posted by Christos Gatzidis at 6/28/2012 07:46:00 pm