One of the most popular non-photorealistically rendered games ever, Sega's Jet Set Radio, which came out in 2000 on the Sega Dreamcast, is set to soon receive an HD remake. The game is recognised widely as one of the earliest pioneers of cel-shading in real-time computer games and it is a treat to see it about to be released with upgraded visuals. 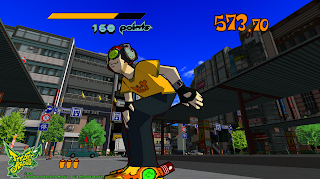