The very popular mobile augmented reality app Layar (for which I have blogged before several times) has got its possibly most high-profile layer yet, a marketing campaign for the classic Exile on Main Street album by the Rolling Stones, which has just been re-released. 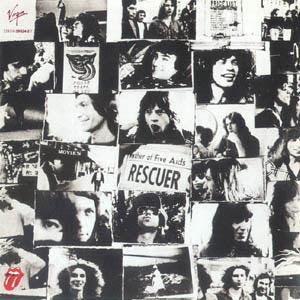 Using the Layar mobile app users can get the aptly named 'Exile on Your Street' layer for free and then use it to place virtual posters promoting the classic album on existing, real-world locations. In addition to this, messages and music clips from the album can also be attached.

Quite an imaginative way to promote an album or band using a mobile device! It should be also noted that Exile on Your Street is just one of more than 1,000 layers currently on Layar. In fact, recently the company announced it now has a very impressive active user base of more than 716,000 people plus an even more impressive 4,000 developers generating content. Layar seems to be forging ahead and exploring opportunities such as the Stones one via AR will open doors for greater things. Could Layar really be the app that will bring mobile AR to the masses?
Posted by Christos Gatzidis at 7/05/2010 11:55:00 pm

Layer has gone from 5 Stars to 2, due to the fact you have to pay for layers now! How obscene!