VS Games 2013 conference Call For Papers

As I am one of the General chairs for this, here is the Call for Papers for VS Games 2013 conference;
"VS-Games 2013, the fifth outing of the International Conference on Games and Virtual Worlds for Serious Applications will be hosted at Bournemouth University, UK between the 11th and the 13th of September 2013. With the conference organized in previous years at locations such as Coventry (UK), Braga (Portugal), Athens (Greece) and Genoa (Italy), it will take place, for 2013, at the state of the art Kimmeridge House building of Bournemouth University, situated at the main Talbot campus of the institution. 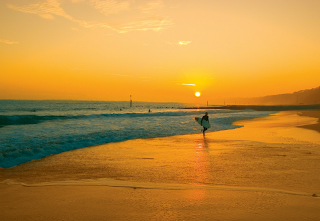 The development and deployment of games with a purpose beyond entertainment and with considerable connotations with more serious aims is an exciting area with immense academic but also commercial potential. This potential presents both immediate opportunities but also numerous significant challenges to the interested parties involved, as a result of the relatively recent emergence and popularity of the medium. The VS Games 2013 conference aims to address this variety of relevant contemporary challenges that the increasingly cross-disciplinary communities involved in serious games are currently facing. This will be achieved by, amongst other ways, the comprehensive dissemination of successful case studies and development practices, the sharing of theories, conceptual frameworks and methodologies and, finally, the discussion of evaluation approaches and their resulting studies.
For VS Games 2013 we are therefore seeking contributions from researchers, developers from the industry, practitioners and decision-makers which aim to advance the state of the art in all of the technologies related to serious games. The following listed topics are particularly encouraged, though it should be mentioned that they are not the only ones of interest to VS Games 2013 and that the list below is not exhaustive by any means:
• Game design
• Virtual environments
• Game-based learning methodologies
• Mixed and augmented reality
• Computer graphics
• Gamification
• Case studies/user studies for serious games and virtual worlds
• Mobile gaming
• Interactive storytelling
• Application areas
• AI for serious games
• Educational/learning theories and their application
• Visualization
• Pervasive gaming
• Human-computer interaction
• User modeling
• Alternate reality
• Simulation
• Platforms and tools
The following are the dates of submission for the different tracks of the VS Games 2013 conference:
• Full Papers (8 pages): 25th March 2013
• Short Papers (4 pages): 25th March 2013
• Poster Papers (2 pages): 25th March 2013
• Call for Workshops: 25th March 2013
Proceedings and journal special issues for the VS Games 2013 publications will be announced as soon as possible."
More info on the official conference website at http://www.vsgames2013.org
Posted by Christos Gatzidis at 10/31/2012 08:00:00 pm