Beneath A Steel Sky sequel greenlit

I blogged about this a few days ago; the promised Beneath A Steel Sky sequel has been greenlit, despite the Broken Sword Kickstarter campaign falling short of the $1 million threshold (see here for more details) Revolution Software originally asked for. 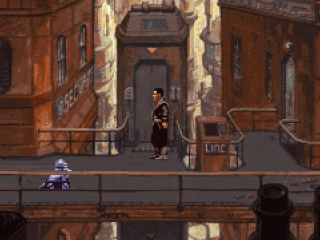 The game is to be produced for PC, iOS and Android platforms though console ports are also mooted. Very importantly Dave Gibbons, the comic book artist responsible for the graphics on the original game, is also said to be onboard with this which surely makes this an even more anticipated release.
Posted by Christos Gatzidis at 10/03/2012 09:22:00 am