Crysis on the iPhone/iPad via OnLive?

Some more recent news about the eagerly awaited cloud-computing OnLive game technology (for which I have blogged before several times), due to go into the second round of beta testing. CEO Steve Perlman has just confirmed support for iPhone by showing a brief demo of (the very resource heavy) Crysis running very smoothly on the Apple device. This was done at the recent DICE summit in Las Vegas. 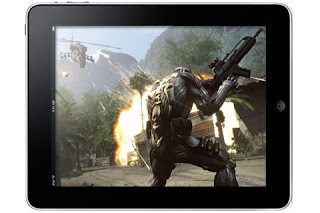 Steve also confirmed support for the iPad (although he didn't name the Apple device, referring to tablets in general). It will be incredibly interesting to see OnLive finally launched as it could be a huge step forwards in remote gaming.
Posted by Christos Gatzidis at 2/21/2010 07:07:00 pm