Publication claims to be able to predict MMORPG player behaviour

A new paper, which will be presented at the Foundations of Digital Games conference in Bordeaux, France in late June, titled "Using Sequential Observations to Model and Predict Player Behaviour", claims to have come up with a methodology to predict MMORPG player behaviour. This is based on cliques, i.e. groups of achievements which have been collected together, as argued by the paper from North Carolina State University researchers. 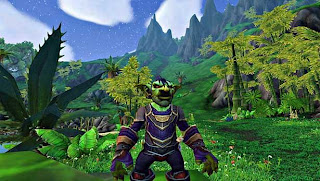 After analysing badge data from 14,000 World of Warcraft players, the authors of the paper observed which achievements a player within a clique has not picked up yet. This can lead to accuracy of prediction for player behaviour of up to 80%. Interesting work, and of course in the eventuality that it is sound, it could mean that companies such as Blizzard could use this information to further improve their titles in the future.