OnLive will offer availability of the cloud to tablets

OnLive, the cloud gaming provider, has recently made an announcement suggesting their services will be offered, for the majority of OnLive games, for iPad and Android tablets. This is to be available in autumn and will support OnLive's Universal Motion Controller but also touch control. 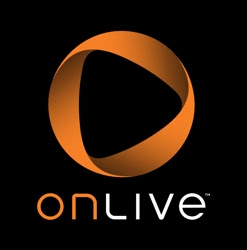 This seems as a direct answer to the new Wii U announcements Nintendo has provided, though it should be noted that an OnLive iPad app already exists, albeit with very limited coverage of apps. It will be very exciting to see this implemented, particularly in terms of seeing the motion control functions of the devices used, as well as synchronised and independent video playback (both of which features are suggested to appear in this).
Posted by Christos Gatzidis at 6/09/2011 10:54:00 am