Since Microsoft's Kinect has been released there have been numerous "hacks" for it, many of them allowing it to be used for more serious applications other than gaming. A great example of these is the one reported by the Winnipeg Free Press which describes how surgeons at Sunnybrook Hospital are using the device to manipulate images of medical scans. 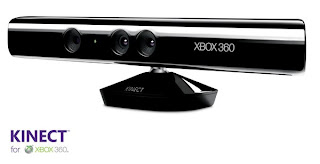 This apparently saves up quite a significant amount of time with the original process now replaced by using hand gestures to call up, rotate and zoom in on images. The process has already been used on 6 procedures so far with the hospital hoping to use it in other areas as well (such as physiotherapy).
Posted by Christos Gatzidis at 3/20/2011 12:51:00 pm