It is not often that a first person shooter provides significant innovation to the genre these days; despite the fact that there are many great FPS games released continuously. Superhot, coming out of Steam Greenlight and Kickstarter campaigns, appears to be doing this both visually but also (more importantly) in terms of mechanics. 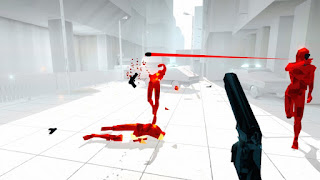