Project Morpheus, i.e. Sony's VR headset for the PS4, appears to now have a new name after trading under the old one for while; this is now Playstation VR. 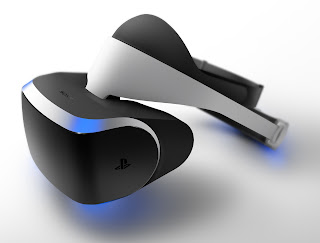 This does sound like a better name though the Morpheus one had been around for a significant amount of time and did have a ring to it too; nevertheless, this appears to be the final name of the headset which is soon to be released and forms Sony's answer to technologies such as the Oculus one.
Posted by Christos Gatzidis at 9/30/2015 11:56:00 pm