Another write-up for the Make Something Unreal Live 2013 success of the Bournemouth University student team which is is the four finalists can be found here. This is on the website of Develop magazine. It has quotes from Epic Games themselves, students participating in the competition and Climax Studios (the mentor for the Bournemouth University team, called Static Games). The concept art below is taken from Static Games' offering Mendel's Farm. 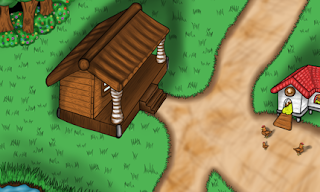