I've blogged about an upcoming Broken Sword announcement before and here it is; in a surprise move Broken Sword 5 (titled a Serpent's Curse) will be a Kickstarter-funded project. The game will be an all new original adventure by Charles Cecil, the original creator of the series and more importantly (particularly for one of the best hand-drawn games of all times) will have 2D graphics, thus going back to its roots. 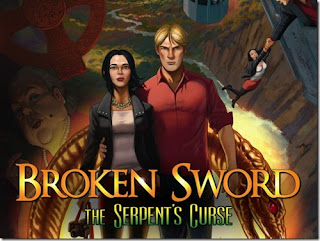 A great announcement for all adventure game fans but also people with an interest in and appreciation of quality hand-drawn, non-photorealistic, real-time graphics. The Kickstarter campaign has already managed to collect more than a quarter of the amount needed (with almost a month to go) so hopefully this will soon hit our screens.