Khronos Group has released the full specifications for OpenGL 4.0. OpenGL 4.0's specification includes the GLSL 4.00 update to the OpenGL Shading language. This can enable developers to access to new GPU acceleration tech. 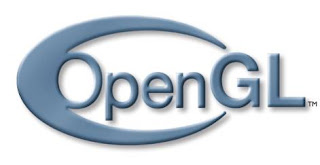 Other (specific) additions include;
- two new shader stages that enable the GPU to offload geometry tessellation from the CPU
- per-sample fragment shaders and programmable fragment shader input positions for increased rendering quality and anti-aliasing flexibility
- drawing of data generated by OpenGL, or external APIs such as OpenCL, without CPU intervention
- shader subroutines for significantly increased programming flexibility;
- separation of texture state and texture data through the addition of a new object type called sampler objects
- 64-bit double precision floating point shader operations and inputs/outputs for increased rendering accuracy and quality;
- performance improvements, including instanced geometry shaders, instanced arrays, and a new timer query
Sounds quite exciting. OpenGL 3 was disappointing to many people but there is a big buzz that the new spec will be far more impressive and widely accepted.
Posted by Christos Gatzidis at 3/15/2010 01:15:00 am